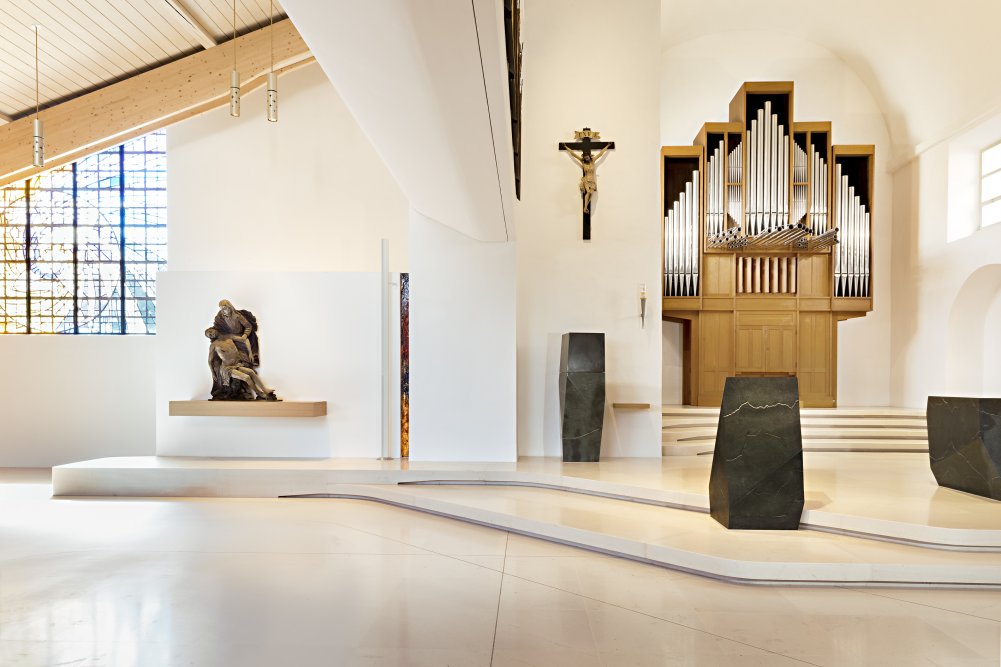 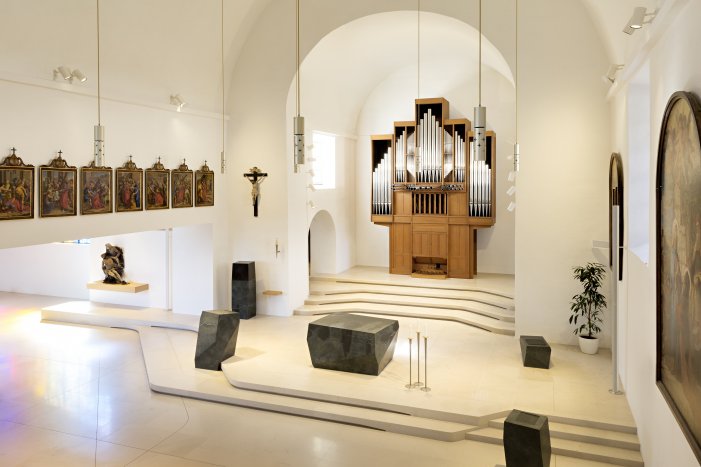 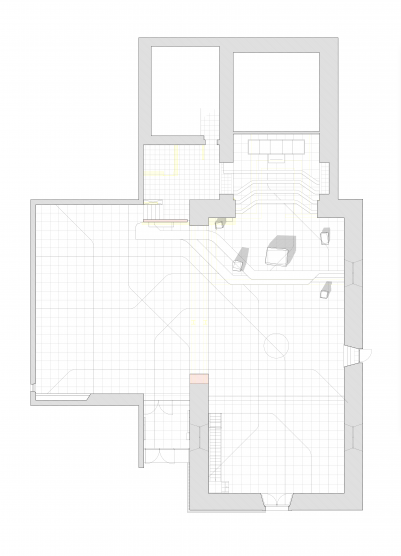 ↓ Design of the sanctuary

The St. Mary's Visitation Parish Church was originally built in 1640 as a Capuchin monastic church. In the 1970ies, an annex was added to the eastern side of the building. Between the old and the new structure, two steel uprights were installed to carry the span of the aperture.

Today’s modification connects the historic structure to the 70ies annex. 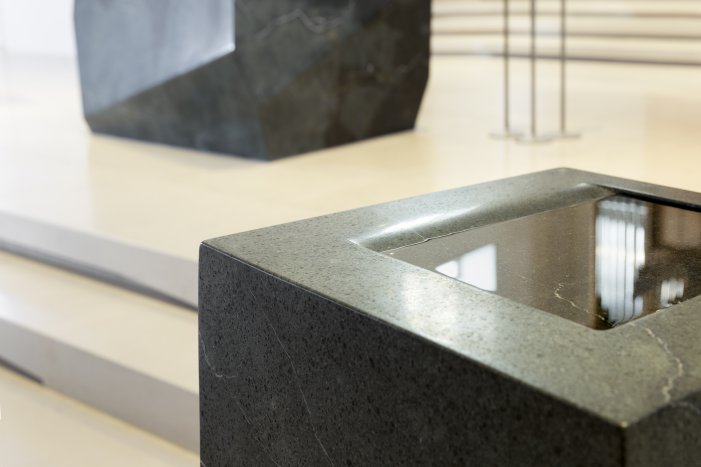 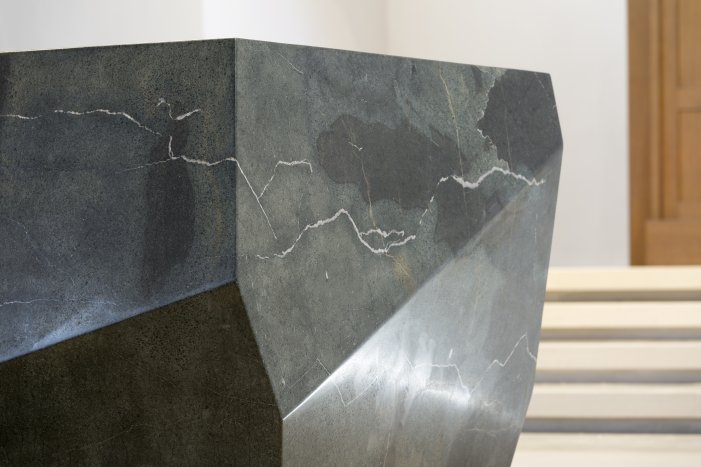 Originating in the old nave, an elaborate ascent flows into the new section of the building, connecting the two big rooms with each other and creating a new joint focal point: the sanctuary. Embedded in the sanctuary are the liturgical objects made of dark rock. In the annex, the ascent creates a special space adorned with saintly figures. The ensemble proceeds to the rear of the sanctuary, where it forms the staircase for the choir.
The steel beams, which used to spatially separate the old from the new section, were removed. The view on the joint sanctuary is unburdened and both rooms merge into a whole. The entire floor of the church is newly covered in pale limestone. The dark expansion joints form a web throughout the church, carrying on the alignment of the stairway ensemble. 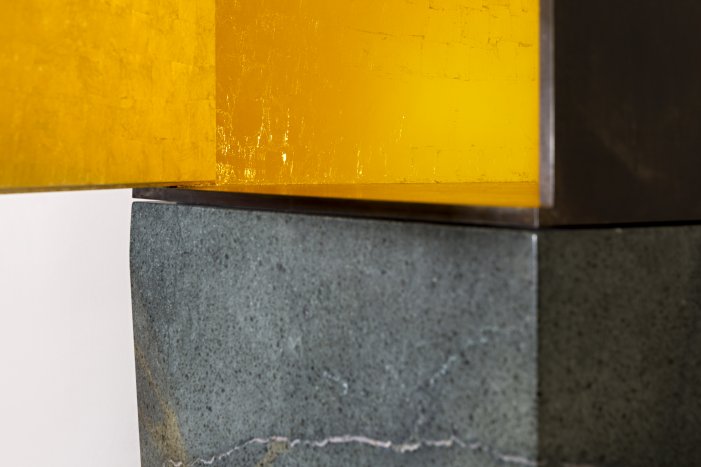 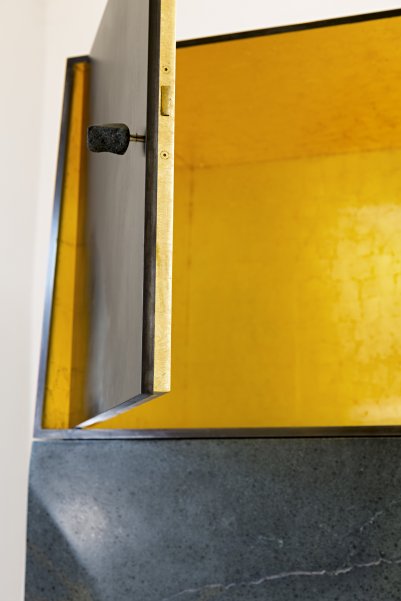 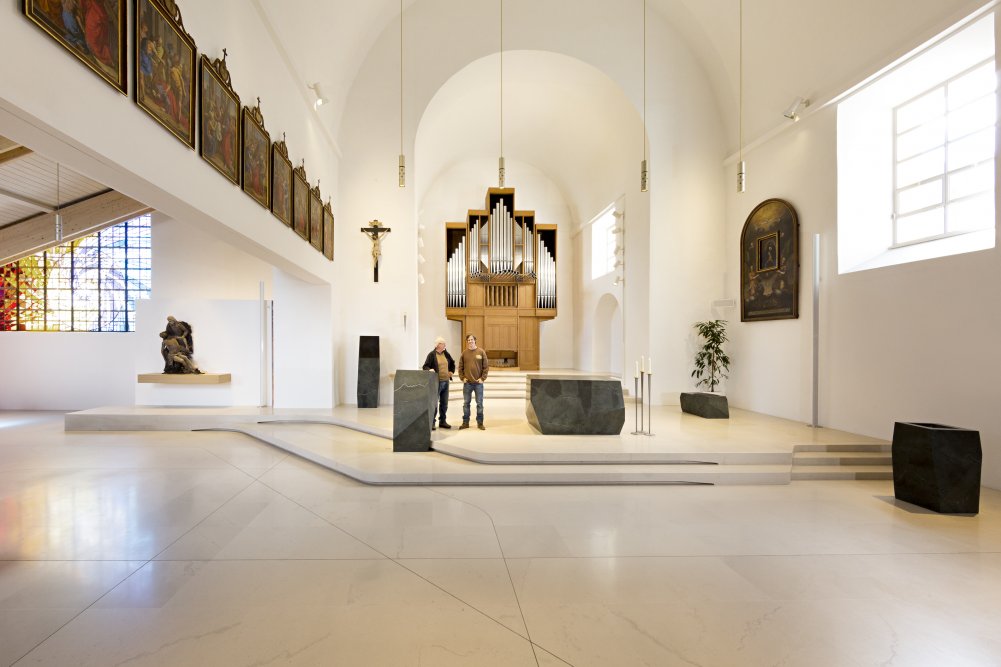 Artist Franz Messner, responsible for the design of the sacral elements, shaped liturgical objects out of dark basalt from the area. He created objects, spiraling up and unfolding like blossoms as a reaction to the two major axes. The redesign of the sanctuary implies a reconsideration of the complete setting. Clarity and coherence induce an atmosphere of holism. In the course of renovations, the historical building was refurbished and relieved of accumulated encumbrances. 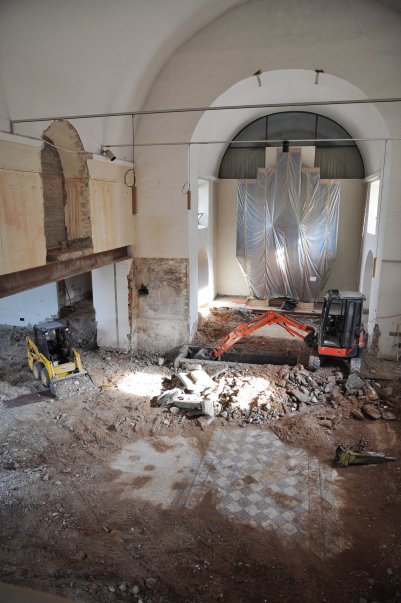 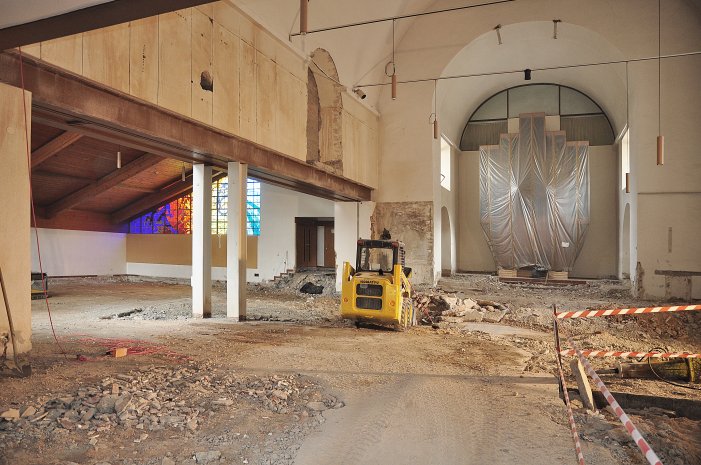 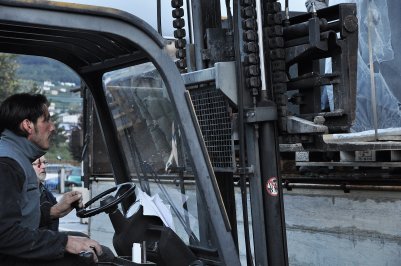 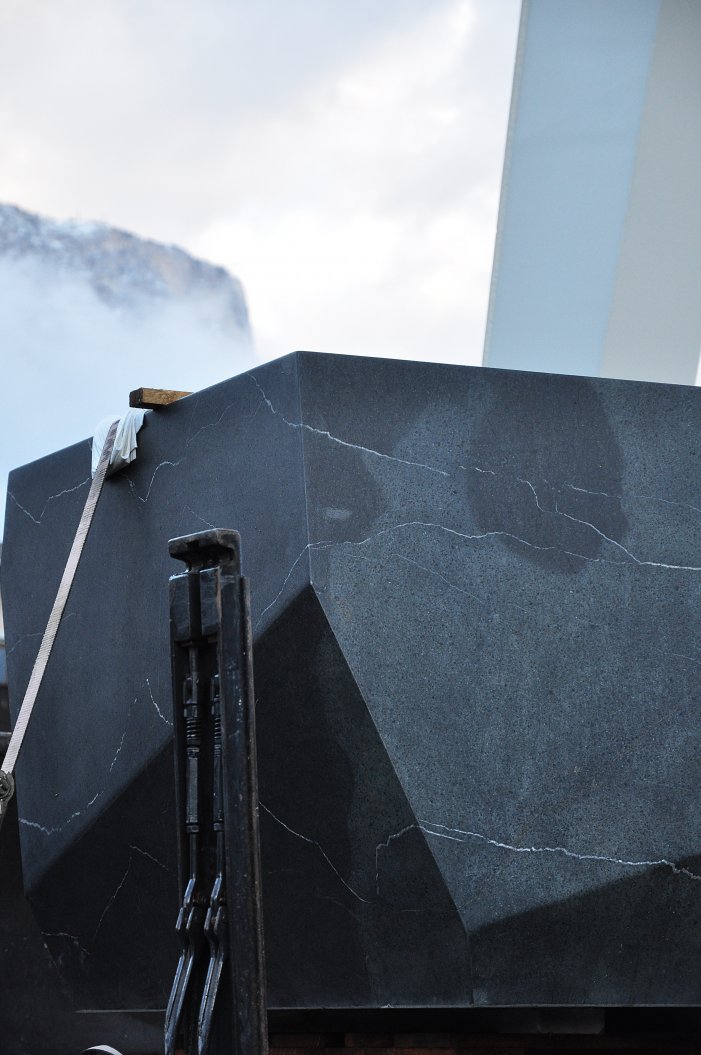 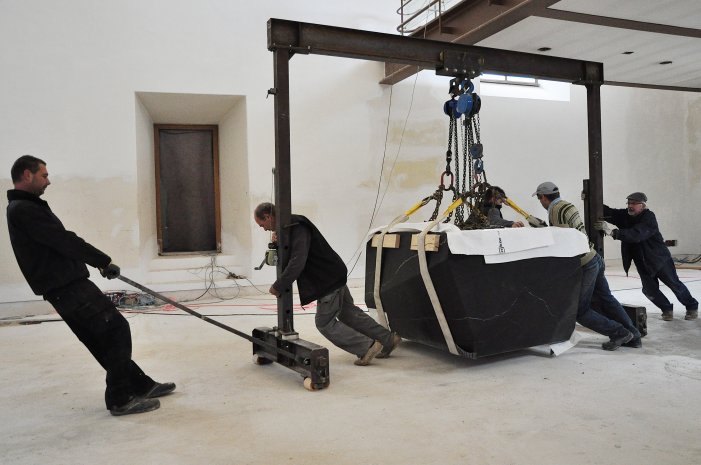 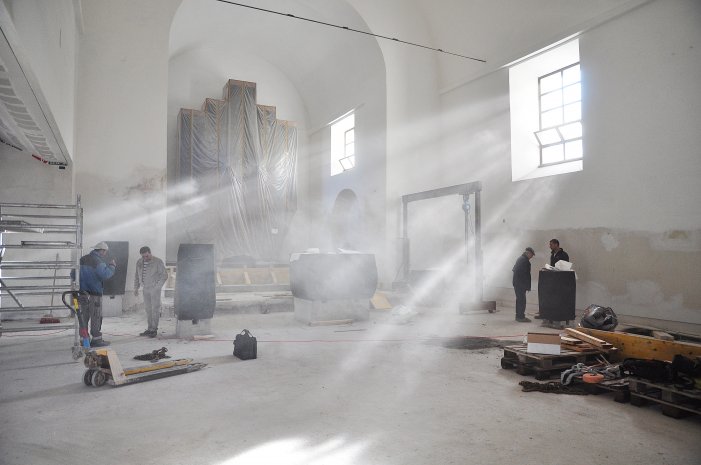 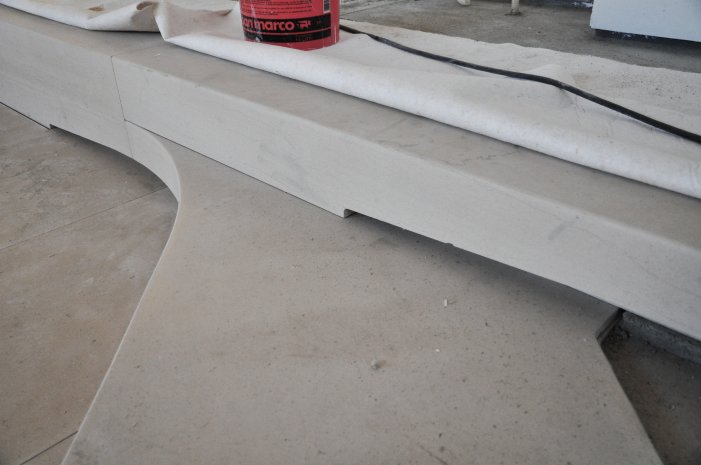 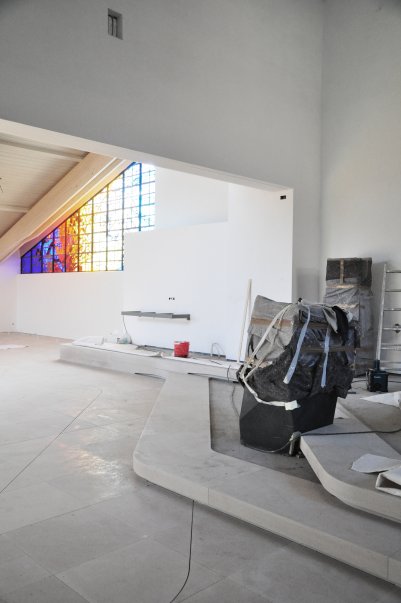